A Dark Journey to a Light Future

The Sweetest Taboo: Interracial Dating in 2012

A Dark Journey to a Light Future

The second time Tommie Mabry was shot, he thought his life was over. He was fortunate that the bullet that struck his left foot didn’t paralyze him, but the damage was severe enough that the doctors thought that Mabry would never play basketball again.

Life without basketball was unthinkable for the then 17-year old Bailey Magnet standout. After all, it was basketball that had given him hope for a better future considering his troubled past.

Growing up Mabry didn’t always make the best decisions. He was in the fifth grade when he committed his first misdemeanor by breaking into the fairgrounds and being apprehended by the police. That was only the beginning of a life of crime.

“The judge told me that at the rate I was going I was going to end up dead or locked up.” While for most,hearing the words “dead or locked up” would be enough to scare a troublemaker straight, Mabry said it “only added fuel to the fire and I started thinking like a criminal.”

For the next four years he would continue down a dark and troubled path, getting kicked out of six different junior high schools, and arrested for crimes differentiating from shoplifting to stealing cars.

“They say it takes a village to raise a child, but what if the village is messed up?” questioned Mabry. Mabry was raised in the Midtown area, one of Jackson’s most crime stricken areas that is most known for violence, drugs and poverty. 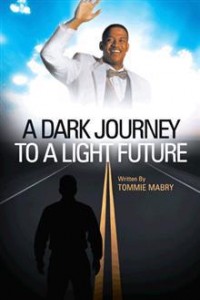 “I didn’t have too many mentors around me at the time. I wasn’t inspired by anything. I didn’t have any focus. The things that excited me were the things that I saw around my neighborhood…the cars, the jewelry. I saw things at a young age that I never should have seen. You always have people to tell you what you can’t do or shouldn’t do, but I didn’t have anyone to show me what I could do. What I was fascinated by was what I was eager to get.”

It wasn’t until attorney Chokwe Lumumba took interest in Mabry that he began to develop a love for basketball. Because Mabry’s grades were not up to the standard required to play in the school system, he began playing with the city league basketball team and traveling across the country with Lumumba.

Mabry was an exceptional basketball player, but he was still trying to hold on to his street credibility. “On the courts they called me a superstar thug and I was ok with that because my mindset hadn’t changed.”

With one foot in his past and the other making strides towards his future, Mabry begin to feel the pressure of change. “My family and people from my neighborhood were at every game and I didn’t want to let them down, but I was still running the streets.”

By Mabry’s senior year in high school, college had become an option. Even his dad began to notice his metamorphosis.

“I had finally begun to dream. My dad told me how much he had seen me grow and change.” Life had taught Mabry’s dad how easy it was to be doing well, then have everything change in the blink of an eye.  “He told me not to do anything to mess my chances up and that same day after talking with my dad, I skipped classed and was shot in a freak accident.”

Mabry thought his life was over. In his mind all he had was basketball.

[pullquote_left]“I thought I was nothing without basketball. After that I really began to pray to God for direction and that He would bring me through it.[/pullquote_left]

I really started reading my Bible and my spiritual coach Pastor (Dwayne) Pickett, helped me through it. I started training to get myself back and God did it.”

For the first time in his life Mabry knew he had to take education seriously. He was the first in his family to graduate from high school. Mabry went on to attend Tougaloo College where he played basketball, was selected as “Mr. Tougaloo,” and earned a bachelor’s degree in education.

At 24 years old, Mabry travels the country sharing his story. In March of this year, he published his first book, “A Dark Journey To A Light Future.”

“I wrote the book because I felt like I had something to say. When I would go speak to kids, I would only have so long. I was getting frustrated because I wanted to reach all youth, the ones in Jackson and California. So I knew I had to start putting it in writing and maybe my book could speak for me.”

Mabry will have his book signing Saturday, April 7thfrom 2-4 p.m. at Books and Beignets Bookstore in Northpark Mall. To book Mabry for speaking engagements or to purchase his book online visit http://www.wix.com/tommiemabry/site.

While his past helped shape him into the man he is today, the future is even brighter for this motivational speaker, teacher and author and he has no plans of going back.

“I can not walk in my future with my foot in my past.”