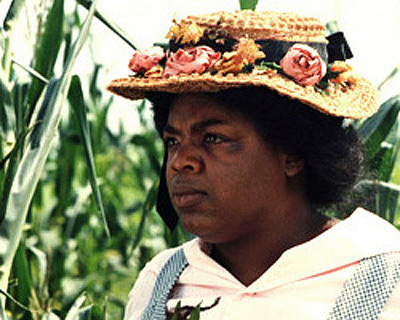 A voluminous woman dark as licorice, hair coarse as wool, has been the subject of abuse her entire life, first at the hands of her father, uncles, brothers and now at the hands of her own husband. Walking swiftly, eye bruised, Sophia is on a mission.  There she finds Celie in the field, and with no greeting she yells, “You told Harpo to beat me?  “I loves Harpo, Lord knows I do. But I’ll kill him dead fo’ I let him beat me.”

Black movies are not only a means of entertainment, but a form of escaping the harshness of realty. “Black films shape our culture negatively and positively,” said Preselfannie W. McDaniels, 40, assistant professor of English at Jackson State University. “However, movies are important entertainment outlets. They are some of the best expressions of art.”

“The Color Purple,” for instance, which depicts a life of abuse and a journey of self love and discovery, was directed by Steven Spielberg, a white man.  A black film might also merely feature an African American in the leading role, such as, “Guess Who’s Coming to Dinner” (1961) or “I am Legend” (2007).

To be selected the greatest black movie of all time, it must be timeless, one of a kind, and stir up certain emotions in the audience.  In the realm of black films, there’s an array of movies that fit the criteria. However, there are a few that stand out and remain classics in their own right, and without them, the black experience would not be the same. 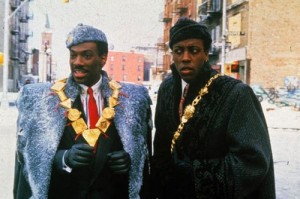 “Coming to America” (1988), which was nominated for two Oscars, tops the list. Eddie Murphy portrays four different characters throughout the film. When you hear someone saying “sexual chocolate”’ or singing “just let your soul glow,” he has “Coming to America” on his mind. “I think about the first time I saw that movie, it was pure comedy. There is nothing like it,” said McDaniels. According to www.boxofficemojo.com, “Coming to America” grossed a ground breaking $21 million on its opening weekend and was released in over 2,000 theaters worldwide.  However, you can’t forget comedies such as “Friday,” “I’m Gonna Git You Sucka” and “House Party,” which are originals. 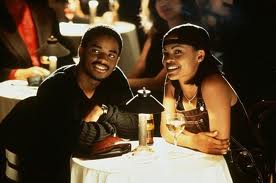 A good romance must be raw, yet real. “Love Jones” (1997) speaks volumes of what real love is all about, exposing the good and the bad. “It moved me,” said Fallon Brooks, 26, senior education major at Roosevelt University, from Chicago. “It didn’t come across as a fairy tale. It showed you just exactly what love makes you do, both beautiful and ugly.” No collection of black romances would be complete without it. According to www.flixster.com, out of 24,000 of its members who voted, 96 percent liked the movie. Though, in good company are unforgettable counterparts including “Claudine,” “Boomerang,” “Brown Sugar” and “Love and Basketball.”

A captivating drama has suspense, blended with intensity, drenched in reality. In a www.blackvoices.com poll, of 38,540 people, 40 percent voted “The Color Purple” as the best black movie of all time. “The Five Heartbeats” came in second with 11 percent. “It has gone from print, to big screen, to Broadway. However, in the realm of drama one can’t disregard “Set it Off,” “Crooklyn” and “Eve’s Bayou.” 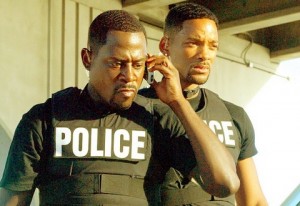 Action is intensity to the max. “Bad Boys” takes the slot for best black action. However, “Lethal Weapon,” “Rush Hour” and “Hancock” are undeniable greats. “It was pure action and comedy all the way through. There was never a dull moment. It took them too long to do a sequel,” said McDaniels. According to www.imbd.com, the film has grossed over $140 million worldwide since its April 1995 release. The director and star actors followed up with a sequel in 2003 title “Bad Boys II.”

A musical combines all the elements of comedy, romance and drama, and adds song and dance to inform, entertain and stir emotion. The, Wiz” (1978) is in a standing of its own. Its genius is yet to be duplicated. “I mean it’s ‘The, Wiz,’ it was black collaboration at its best.” “We took a Caucasian musical and made it relevant to us,” said Alysia Lajune, 34, who holds a bachelor’s degree in speech and drama from Howard University. According to the www.imbd.com,  “The, Wiz” was nominated for four Academy Awards.

The list of black films stretches farther than one would think. Regardless of generation or genre, black films have been an important foundation in African American culture. “Film is not only apart of our culture but reflects our culture as well…Movies are art in motion,” said Lajune.

We not only escape reality through these films. We find reality in them.