The world was mesmerized when Anita Hill gave stunning testimony at the hearings for the confirmation of Clarence Thomas to the United States Supreme Court, detailing how she said he had sexually harassed her. And although Thomas was confirmed to the court, the way the law professor was treated by the all-white, all-male committee conducting the hearings helped push America toward a turning point in addressing gender inequality.

During the 20 years since that testimony, Hill has fought for gender justice and inspired thousands of women to speak out and to become advocates for women. Hill’s work around gender and race made her an instinctual choice to give the keynote address at the MS Women’s Economic Security Policy Summit on October 10, 2015, in Jackson, MS.

“We want young women to see what happened to Professor Hill,” said Cassandra Welchlin, director of the Making MS Women Secure Campaign. “A lot of policies and practices were changed after those hearings, but there are still so many inequities for women – in the work place, in the legal system, in a whole lot of places.”

Led by the MS Low Income Child Care Initiative, the MWESI Leadership Team is a group of state organizations, community leaders and elected officials working to create a women’s policy agenda. The agenda will address some of women’s most critical needs, including child care, health care and livable-wage paying jobs.

Women in Mississippi head 50 percent of the state’s households. Half of those families live in poverty. Many of these women are overwhelmed and unable to move their families to economic security. The MWESI Leadership Team is trying to build statewide support for vulnerable women and their families. The team will push legislation that addresses women’s needs during the 2016 state legislative session.

“But we want these young women to stay involved even after the legislative session in 2016,” Welchlin said. “We want them to get civically engaged. We want them to become part of the solution.”

The MS Women’s Economic Security Policy Summit will be held at the Jackson Convention Complex and is also free and open to the public. It will began at 10 a.m. Register now at www.MSWomenSecure.Org. 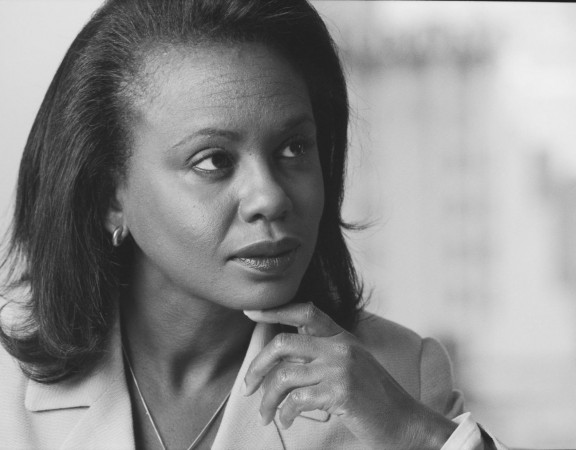 The world was mesmerized when Anita Hill gave stunning testimony at the hearings for the confirmation of Clarence Thomas to the United States Supreme Court, detailing […]
Do you like it?0
0 Read more