Once upon a time there was a land of dance. In the mythical land of Goma, dance united the people. The rich and poor all danced together. Dancing made them happy.

Until that fateful day when both the king and queen died in a fire and the king’s evil sister, Devorah, became the ruler. Queen Devorah decreed that only the rich members of her court were allowed to dance and be happy.

For many years, that was the way of life in Goma. Until Amani,  a young and courageous girl, defies the laws and takes a stand against the evil ruler. It’s a storied tale that proves that with enough willpower and determination no obstacle is too large to face.

Although this is a mere fairy tale, the resemblance to the character Amani and the creator of the theatrical production of  The Dancer & The Frog are uncanning. Both are equally strong and ambitious and neither one running from a challenge.

Maybe not as life altering as the theatrical production, but 23-year-old Jackson native, director, and choreographer for The Dancer & The Frog, Shirley Hopkins, is definitely a young and courageous girl beating the odds.

“I had the vision for The Dancer & The Frog after attending a similar production in Birmingham,” Hopkins recalls. “On the drive home, I remember thinking, ‘I can do that’. So my mom and I began thinking it through. We got with playwright LaShunda Thomas and shared our vision and she wrote it for us.”

“When she approached me about it I was very excited, because the vision she had, I hadn’t seen it done,” Thomas said. “She is combining theater with dance, in an interpretive way. I’m use to seeing musical theater with singing and dance routines, but have never seen a production of dance and theater. This is the first time I’ve seen this done in Jackson and I’m very excited to be a part of it.”

The Dancer & The Frog features an array of new and young talent from Atlanta, Mississippi, and Alabama. This is the first production for Hopkins’ company iDance Ministries. 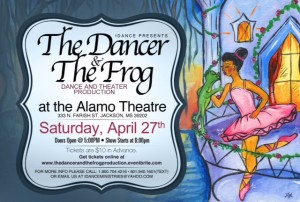 Hopkins worked with Jackson based playwright and actress LaShunda Thomas to write the production.

Since childhood, dance has been a moving force throughout Hopkins life. Starting off as a fun activity she simply enjoyed, she performed with several groups varying in genres from ballet to praise dancing.

“Dancing and even performing have always been apart of me. I always knew that I wanted to start my own dance company and produce my own plays and musicals, I just never intended on starting so early,” says Hopkins. “The Lord just told me to get started, to stop waiting and do it now.”

iDance Ministries was founded by Hopkins in 2011 and is a Christian based organization. Its’ mission is dedicated to instructing dancers in the spiritual, mental, and physical methods of dancing, while providing the foundation to help build confidence. It’s an environment for various ages to develop and nourish new relationships, while participating in the art of dance.

“It has been amazing, I’ve really enjoyed working with Shirley,” Thomas said of Hopkins.  “She has such a genuine spirit. She is very meek, but at the same time you see that there’s a gift inside of her. When she’s in her element you see it. You see that this is what she is purposed for. I hope to work with her again.”

“It has been a privilege working with these amazing dancers. It been more than what I’ve expected,” Hopkins said. “They have gone over and beyond my expectations! The Dancer & The Frog is going to be something new that will hit the Jackson area and I’m excited!”

iDance Ministries will present The Dancer & The Frog Saturday, April 27, 2013 at the Alamo Theater in Jackson, MS. Doors open at 5:00 p.m. and curtain time is at 6:00 p.m. Ticket prices are $10 and can be purchased at www.ticketmaster.com or www.thedancerandthefrogproduction.eventbrite.com 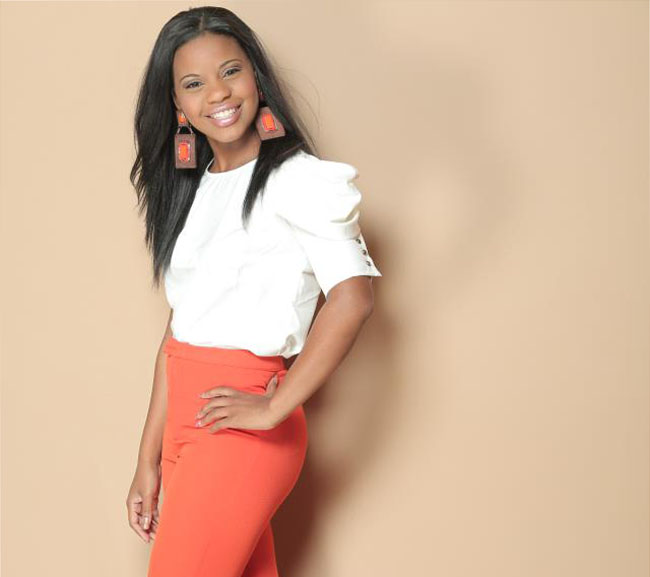 Once upon a time there was a land of dance. In the mythical land of Goma, dance united the people. The rich and poor all danced […]
Do you like it?1
0 Read more