DuPont is adding a seasoned D.C. veteran and former Deputy Undersecretary for Farm and Foreign Agricultural Services (FFAS), Karis T. Gutter, to its Government Affairs team. Gutter will be a Government Affairs Manager. He will be putting his experience to work for all the DuPont businesses with a particular focus on our agricultural and nutrition businesses. “Karis will be a strong addition to our federal affairs team in Washington, D.C.,” said Barry M. Granger, vice president of DuPont Government Affairs. “Karis’ background and experience in the military, on Capitol Hill and with the United States Department of Agriculture (USDA) will add an excellent foundation of knowledge to our Washington federal team,” added Granger.

Gutter most recently served as Deputy Undersecretary for Farm and Foreign Agricultural Services (FFAS), overseeing the domestic programs within the FFAS mission area. He previously served as a Senior Adviser to the Secretary of Agriculture and also served as Deputy Administrator for Field Operations of USDA’s Farm Service Agency. Gutter also was appointed as USDA’s first Military Veterans Agricultural Liaison, a position created by the 2014 Farm Bill to connect returning veterans with agricultural programs and advocate on behalf of veterans and veterans support organizations.

“I’m energized by the move to DuPont,” said Gutter. “I’m ready for a new challenge and DuPont has a good mix of

GOREVILLE, IL – JULY 26: Delbert Craig (C) and his wife Margie (rear) listen as Karis Gutter (R Front) of the United States Department of Agriculture speaks before a tour of a Craig’s drought-stricken farm on July 26, 2012 in Goreville, Illinois. The farm was one of several in Southern Illinois that were visited by Karis and other officials from the USDA. Seventy percent of Illinois, the nation’s number two corn producing state, is classified as experiencing some level of drought. Craig raises crops and beef cattle on the farm which he purchased and has been working since 1960. (Photo by Scott Olson/Getty Images)

agriculture, materials science and biotechnology that fit my background and interests,” Gutter added. “I look forward to contributing to this team and helping to further DuPont’s influence and business interests.”

A native of Terry, Miss., Gutter began his career in public service in the United States Marine Corp Reserves and worked in local government for the Hinds County Board of Supervisors in Mississippi. Before his USDA service, Gutter spent several years on Capitol Hill as Deputy Chief of Staff and Legislative Director to Congressman Bennie G. Thompson (MS-02) and as a Professional Staff Member to the House Committee on Homeland Security.

Representative Thompson added, “I think this is a brilliant move for DuPont, considering Karis’ depth of policy knowledge and keen political awareness. He is problem solver and has proven his ability to deftly navigate and communicate the complexities of Capitol Hill and the administration of federal executive branch programs.” 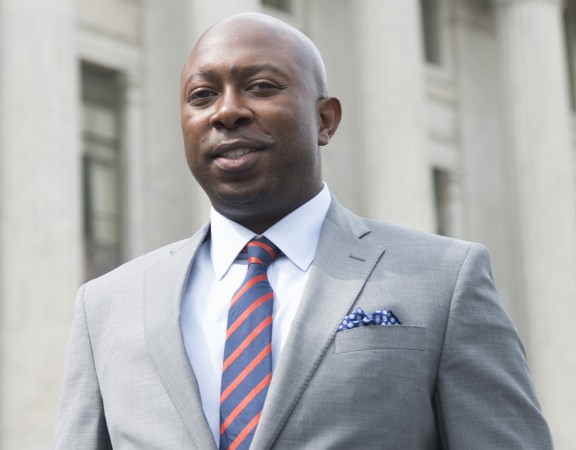 DuPont is adding a seasoned D.C. veteran and former Deputy Undersecretary for Farm and Foreign Agricultural Services (FFAS), Karis T. Gutter, to its Government Affairs team. […]
Do you like it?0
0 Read more