Meredith C. McGee recently visited New York and it wasn’t Off-Broadway Musical “The Total Bent”, a play about black gospel prodigy from down South and a white music producer from London who meet in a recording studio that she can’t forget. It wasn’t even the tour of Wall Street, which is home of the New York Stock Exchange that stands out the most about her trip to the “Big Apple.”

Instead it was the haunting stories of injustice, violence and oppression shared by women from the countries in Africa, India and even the United States that McGee recalls the most.

“One woman told how the women in her village have to walk long distances to get clean water and how during the walk they were exposed to wild animals and hungry men,” McGee shares. “Another woman said that in her country they have to grab their belongings and children and leave their villages in the middle of the night when the militia approaches. Sometimes they have to leave the older and disabled relative behind.”

McGee was one of 40 women from 21 countries that participated in the conference. The 56th session of the United Nations Conference on the Status of Women was held at the United Nations Headquarters in New York from February 27th through March 9th. The Commission on the Status of Women (CSW) is a functional commission of the United Nations Economic and Social Council. CSW is the principal global policy-making body dedicated exclusively to gender equality and advancement of women. Every year representatives of Member States gather to evaluate progress on gender equality, identify challenges, set global standards and formulate concrete policies to promote gender equality and women’s empowerment worldwide. 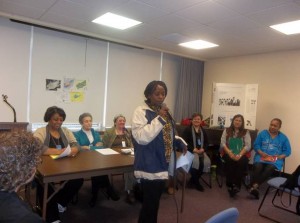 McGee attended the conference as a member of the Rural Development Leadership Network (RDLN), a national multicultural social change organization that supports community based development in poor rural areas through hands-on projects, education and skill building leadership development and networking.

While McGee painfully sat through story after story of women’s injustice, she also had an opportunity to share the story of Darlene D. Collier, a woman with whom she had befriended while co-authoring the book“Married to Sin.”  “Married to Sin” is a heartbreak memoir written by McGee and Collier detailing Collier’s long family history of incest, molestation and poverty.

Stories like the ones she heard and the one she shared was the reason McGee had to attend the conference.

“I wanted to share Darlene’s story, but I also wanted to learn more about what was going on with other women in other parts of the world. It was so powerful to me because I actually heard the stories and talked to women who were enduring the civil war in Sudan. It hurt me to the core listening to these stories, because I felt this great burden; that there is so much pain in the world. I felt (like), “who really cares?” Even at the end of the session, the women couldn’t even make an agreement with the UN representatives on how to go forward. They got stuck. They couldn’t come to a common ground.”

McGee is constantly on the quest to expose inequality and give a voice to the untold stories of many. In fact in July she will be releasing her book on her uncle and Civil Rights icon James H. Meredith entitled “James Meredith: Warrior and the America That Created Him.”

No, McGee’s stories from her trip to New York are not what most would expect to hear about one of the world’s most exciting cities, but they are stories that are being shared around the globe.

“There are people all around the world being oppressed. I’m still shocked by what I experienced in New York. It’s one thing to see this on TV, but to hear it in person… I want to keep trying to use my voice to expose injustice.” 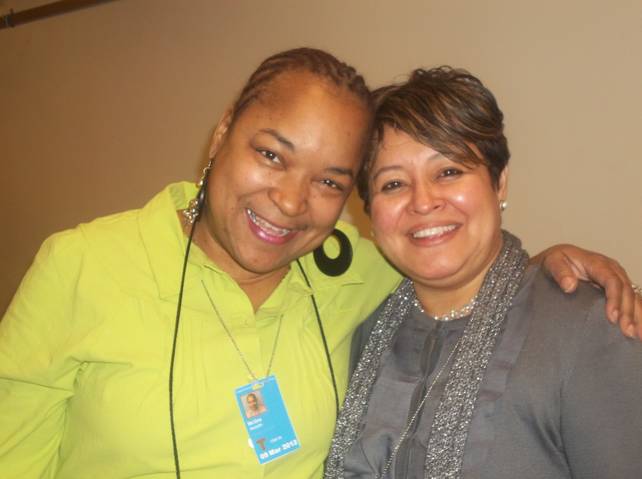 Meredith C. McGee recently visited New York and it wasn’t Off-Broadway Musical “The Total Bent”, a play about black gospel prodigy from down South and a […]
Do you like it?0
2 Read more