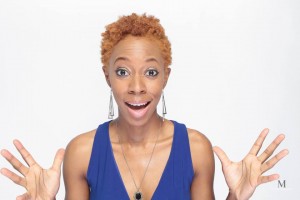 Comedian and media personality Rita B will host the 2016 Young, Gifted & Empowered Awards scheduled for February 28th at Jackson Prep.

There’s a conclave of young professionals  who are committed to moving Mississippi forward.  They are raising their families in the Magnolia State, building businesses and serving in their communities. Their commitment is not only changing the landscape of Mississippi, but how the world views Mississippi.

Young, Gifted & Empowered honors individuals who are champions for and in the arts, entrepreneurship, philanthropy, education, innovation and leadership. The honorees are between the age 25-45 and have demonstrated a noteworthy commitment to excellence and community service; a high level of character, leadership, and innovation through professional and personal growth.

The 2016 Young, Gifted & Empowered Awards is scheduled for February 28th at the Center for Arts and Leadership at Jackson Prep and will be hosted by comedian and media personality Rita B.

Steven James is known as the community service guy.  Steven is not only the owner of one of the top performing Allstate agencies in Mississippi, but he is actively involved in the community. His agency participates in more than 60 community service events a year. Giving back is a way of life for Steven. He has helped raise more than $800,000 for a homeless teenager shelter in New Orleans; build awareness about cardiovascular diseases and honor student athletes at Jackson State University who’ve maintained a 3.0 or higher GPA. 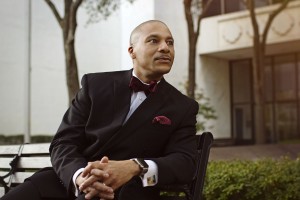 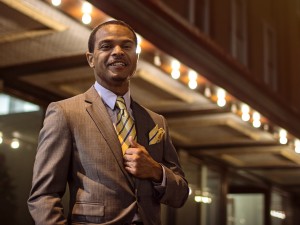 Dr. Marco Moran has 20 years of combined leadership experience and a superb work ethic as a former U.S. Naval Officer and U.S. Olympian who founded a series of successful entrepreneurial ventures including the creation of Slow Motion Potion, a relaxation supplement. Slow Motion is sold in 23 states and three countries. Dr. Moran is also the CEO of Dewmar International, one of Mississippi’s top 15 publicly traded companies.

The Young, Gifted & Empowered Entrepreneur of the year award is given to a business leader who demonstrates excellence, creativity and initiative in their business and serves as a role model in their community. Kakeyla Manning is the CEO of Specialty Healthcare and Specialty Healthcare Transportation. Specialty focus is to provided quality health services to the elderly and individuals with special needs. They employ more than 160 medical professionals and has three offices.

Aisha Nyandoro is the Executive Director of Springboard To Opportunities. Springboard provides strategic, direct support to residents of affordable housing. The organization’s service delivery model uses a “radically resident-driven” approach designed to improve quality of life and end the generational poverty trajectory. Nyandoro has more than a decade of experience developing, implementing, and evaluating programs aimed at improving the quality of life for individuals with limited resources.

Derek Blanks is a talent unlike others who shares his craft. Respected media brands like CoverGirl, ESSENCE, BET Networks and Sony Music Entertainment, to name a few, frequently seek him for iconic campaigns and cover shoots while celebrities’ request him exclusively for personal photo sessions including the Alter Ego, as made popular by NeNe Leakes of Bravo’s The Real Housewives of Atlanta. Born and raised in Jackson, Mississippi, Blanks’ talents were undeniable even at a young age, prompting his parents to enroll him in APAC, an academic and performing arts complex designed to nurture his budding artistic skills.