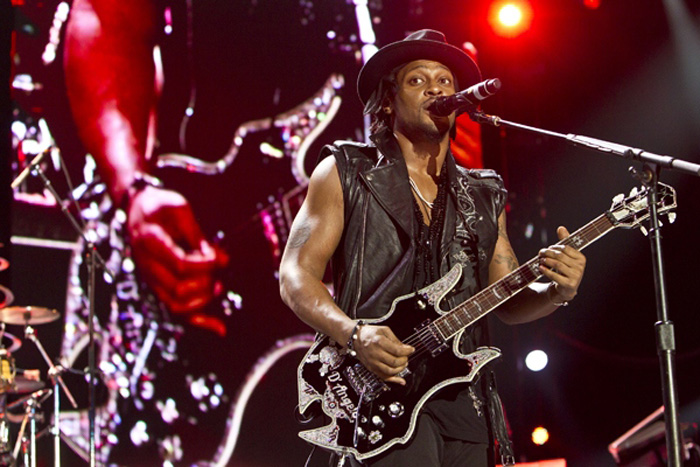 It’s a wrap! The 2012 ESSENCE Music Festival has concluded, but not before it gave music enthusiasts a great four-day cultural experience in the Big Easy. This year’s event marked the 18th year for the festival that included a star-studded lineup complete with the likes of Steve Harvey,

However, ESSENCE Festival is more than a music festival. It also includes empowerment seminars, a retail marketplace at the Ernest N. Morial Convention Center and is one of New Orlean’s marquee events, attracting hundreds of thousands from across the world. This year’s theme “Power of Our Voice” focused on ESSENCE’s continuing commitment to the city of New Orleans.

“We love ESSENCE,” declared Louisiana’s Lieutenant Governor Jay Dardenne (R). “We love having it in Louisiana; we love having it in New Orleans. It’s a tremendous economic boost to the city and state on another wise slow week. It’s got all the things that are special about Louisiana. It’s about empowerment, it’s about music and Louisiana is all about that. We are celebrating our bi-centennial this year…200 incredible years of history and diverse culture and ESSENCE really is the embodiment of all of that.”

This year the festival was extended an extra day to expand its reach and programming by adding a fourth day and more free entertainment to the traditionally three day event. On Thursday, July 5th, ESSENCE hosted its Youth Empowerment Experience and its first ever Youth Empowerment concert on the New & Next Stage in the Louisiana Superdome. Additionally, the first-ever ESSENCE Music Festival Block Party, hosted by Hip-Hop legend Doug E. Fresh was held in Champion Square to kick off the nightly concerts.

For R&B newcomer Luke James, being able to perform at the Festival was a dream come true.

“I’m from New Orleans, so I use to come here all the time,” recalled James. “I saw Babyface, D`Angelo, Usher and all of them performing. So to be here as an actual artist is an amazing feeling and I am just super grateful that they allowed me to perform before people.”

One of the top moments of the weekend included the re-emergence of R&B crooner D`Angelo. Granted that this wasn’t the six pack, shirtless D`Angelo that many remembered from the the 1990’s mega hit “Untitled”, in fact the artist teased the onlookers by only performing a short verison of the classic. If  D`Angelo fanatics missed his ESSENCE performance, they can catch him in the upcoming months on tour with Mary J. Blige and Melanie Fiona.

Saturday’s concert was by far the most exciting for the mainstage, including performances by Tank, Mary Mary, Kevin Hart and Blige. Blige kept the Superdome rocking to the wee hours of Sunday morning, performing hits from “What’s the 411” to fan favorites from her new project— “My Life II”.

The festival ended on a high note with performances by Chaka Khan and Aretha Franklin.   TVOne’s R&B  Divas stars Monifah, Nicci Gilbert, Syleena Johnson, Faith Evans and Keke  Wyatt paid tribute to artists who have passed away in the past year.

“This was absolutely fabulous,” Aretha Franklin said of the festival. “As I said on stage, I use to come to New Orleans as a teenager with my dad and sing at the city auditorium, so I’m very, very familiar with New Orleans. It’s always a pleasure to come back.”

To see more pictures and interviews for the 2012 ESSENCE Music Festival, visit http://photos.essence.com/galleries/essence_music_festival_2012__live_from_the_superdome.