Doing It His Way

Doing It His Way 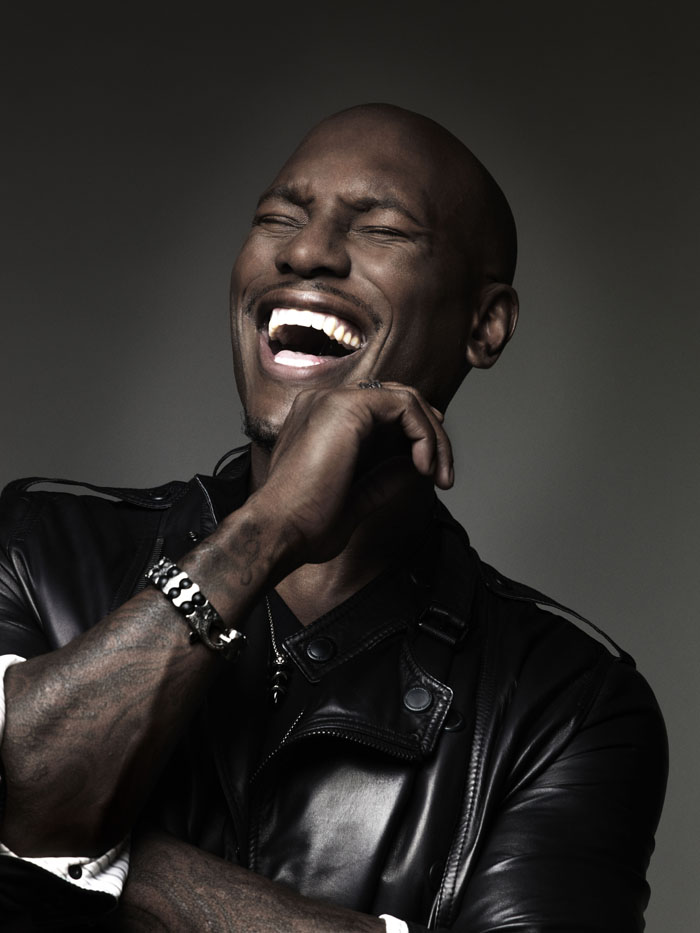 It may have been five years since Tyrese released an album, but he definitely has not been out of sight nor out of the minds of his fans. In fact, he’s been showing them how diversified and talented he really is.

In the last few years, Tyrese has fought aliens and raced cars in the Hollywood blockbusters “Transformers” and “Fast Five”, wrote a New York Times best seller, “How to Get Out Your Own Way” and still finds time to inspire and interact with the more than 2.5 million followers who follow and re-tweet his every word on Twitter.

While all those accomplishments are great, fans have missed what drew them into the artist the very first moment they heard him croon the simple lyrics of “Always Coca Cola”.

So why the wait?

“They counted me out musically. I folded and turned my back on the music and focused on movies,” he admits. “But God whispered in my ear and said ‘try one more time’. Plus they say that familiarity breeds contempt, so sometimes when you drop an album because your fans and your love ones want you to that isn’t always a good thing. I tend to do things from an honest place. Most of the artist out here, rapping, singing, whatever the case may be, they solely live their lives on the money they make in the music business. But I have a bunch of different careers that God has created for my life, so I can go from one thing to the next and I just didn’t have a song in my heart to sing. I didn’t have an album full of songs and music that I could relate to and because money was not the issue or motivation I really did it when I felt like it was the time to.”

The time is right.  In November of 2011 Tyrese released his fifth album “Open Invitation.” “Open Invitation” peeked at the #9 position on Billboard Magazine’s Top 200,  #2 Overall Rap and R&B sales and #1 Independent Sales. Leading the way for the album is the first single “Stay”, which has been a favorite of urban AC radio stations throughout the country.

Tyrese seems to have found a winning formula by doing it his way. “Open Invitation” was released on his label Voltron Recordz.

“This is my best album to date. It’s my best foot forward. I really wanted to take my time with no pressure, no A&Rs, no executives. I really took my time, because I felt like if I’m going to have my fans waiting I better show up when it’s time to show up.”

In the music industry an artist is only as hot as his or her last hit. Tyrese’s last release, “Alter Ego”, a double album that featured a CD of R&B and while the other CD featured only rap in which fans where introduced to “Black Ty,” sold 116,000 copies in the first week. However, the album was met with mixed reviews.

“But truthfully, if Black-Ty never rhymed again, few people would probably miss him,” wrote Mark Edward Nero in his review of “Alter Ego.”

Doing it his way, at his time, with the kind of music he wants to make, Tyrese opted to work with newer and younger producers for “Open Invitation.”

“I wanted a bunch of brand new producers, because I wanted to feel the hunger and desire that I need to feel when I get in the studio,” he says. “A lot of these established producers… one day they’re working with Usher, the next they’re working with Trey Songz, the next day they’re with Neyo. You don’t really feel like they are focusing on you specifically with what they’re giving you.”

One producer that worked with Tyrese was 25-year-old Brandon Alexander Hodge. “He pretty much produced every song on my album, but three,” Tyrese said of the young producer. “He did “Stay” and “Nothing On You” with Ludacris. This dude is a young genius. He had that type of hunger. I feel like my album is like listening to a story from top to bottom.”

Now that Tyrese is calling the shots, he plans to give the same opportunities afforded to him and share his wisdom with up and coming artists like Leon Timbo.

“He’s incredible,” Tyrese says about Timbo. “He’s up first and I got some other artist that I really believe in. All brand new. We are not going with any established artists and we are going to go grass roots on it and give some new cats a real shot of getting out there.”

14 years in the music industry and just as relevant as ever is not a badge of honor that many artists can wear, but Tyrese seems to wear it well. He credits his mistakes and victories for his success.

If the older Tyrese could talk to the younger Tyrese he would say “thank you for all the stuff you did and your ways and your habits and your approaches and thoughts because it made me who I am today.”