For The Love of Music

For The Love of Music 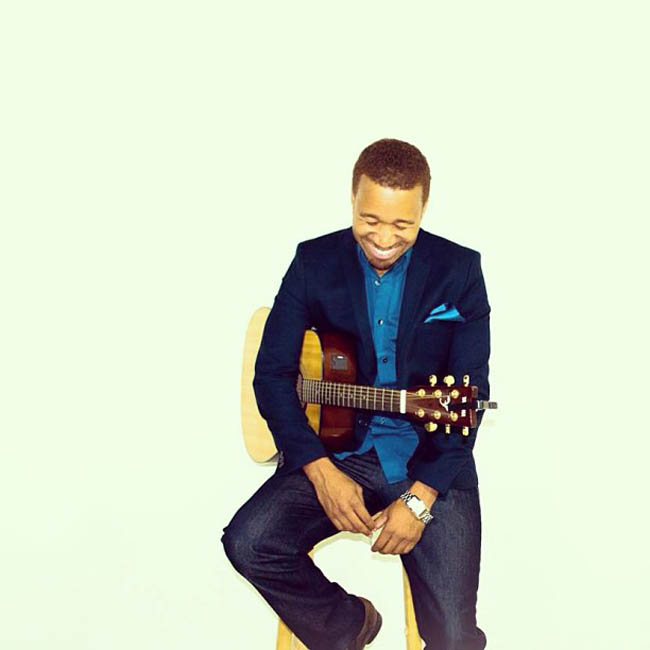 It all started with what was supposed to be a simple outing with friends to a local karaoke bar.

“We would go to karaoke every Friday night, a group of us, joking and singing,” shared Embra Jackson, friend of Jackson based R&B crooner Kerry Thomas, “but then we realized that Kerry could actually sing.”

After some good responses, Thomas decided he wanted to add a new element to his show. He picked up a guitar from a pawn shop and turned to the ever helpful YouTube and taught himself how to play.  From there he started writing songs and took his act on the road. 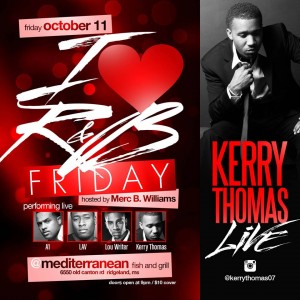 Join Thomas and friends, Friday, October 11 at Mediterranean Grill for a night of R&B. Doors open at 9p.m.

The 28-year-old singer, songwriter and acoustic guitarist’s hard work and talents haven’t gone unnoticed. In 2012, Thomas was voted Best R&B Artist by The Jackson Free Press. In that same year, Thomas released his first EP, “Eye of the Storm.” The EP debuted at number one in Amazon’s soul category for hot new releases.Though Thomas is heating it up musically, he hasn’t always been the musician that most people have come to know.

“I’ve always been a very shy person, but I have always liked music,” Thomas said. “I would sing to myself, the songs on the radio, and try to sound just like the artist.”Thomas style is a diverse mix of pop, R&B and neo-soul. Among his long list of musical influences are Marvin Gaye, Stevie Wonder, and John Mayer. A lot of the songs that Thomas writes are influenced by what is happening in his or friends’ lives.

“I wanted to emulate my favorite singers,” said Thomas. “I wanted to hit the high notes like them, or have the penmanship that they had.”

Currently, Thomas is working on a new project. He plans on bringing a different style to his music and hopes that his fans are receptive to it.

“If he touches it, it’s gold,” boasts Jackson about his friend.

When Thomas is not focused on his music, he is busy being an older brother to his sister Amber.  “He’s my best friend,” Amber said of her older brother. “He’s not different because of his music career, but just the same.”

Thomas, along with fellow R&B singers A1, LAV and Lou Rider will be performing Friday, October 11 at Mediterranean Grill for the I Love R& B concert. Doors open at 9 p.m. with a $10 cover. For more information, visit www.ilovernb.eventbrite.com.