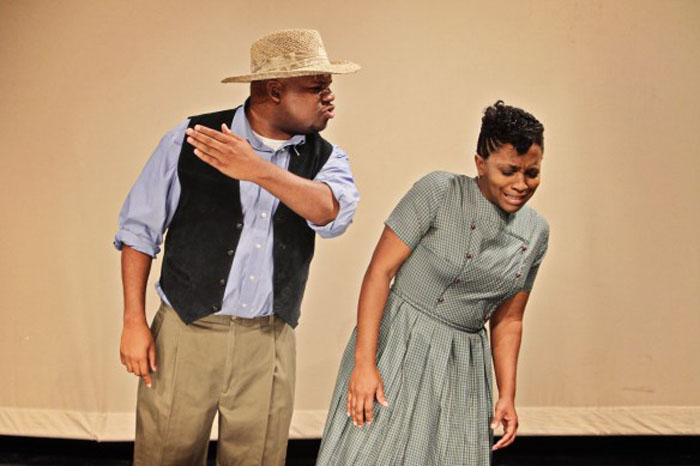 The curtain will rise Oct. 31 for the largest production in the history of Jackson State University’s Theatre Department, the Broadway hit musical “The Color Purple.”

The production, which will run through Nov. 5, features a cast of nearly 50 performers that include JSU students, community members and members of Jackson’s nationally renowned Mississippi Mass Choir.

“We have an outstanding cast. We tried to pull in the best of the best,” Henderson said. “We had auditions in the summer and started rehearsals right after Labor Day. It’s been quite an undertaking.”

The production marks the theatre department’s 50th anniversary, as well as the climax to JSU’s Domestic Abuse Awareness Month activities being held throughout October, Henderson said.

The musical is based on Alice Walker’s Pulitzer Prize-winning novel, which was made into hit movie in 1985. The musical version ran on Broadway from 2005 to 2008. Walker taught at Jackson State and was JSU’s writer in residence in 1968-1969.

Henderson said that when deciding what production to stage, he considered educational value as well as entertainment value. “The Color Purple” certainly achieves both, he said. The story centers on Celie who endures a world of racism, sexism and abuse in the Deep South in the first half of the 20th century.

The biggest challenge in staging such a large production was funding, Henderson said. “But we found four major sponsors that really stepped up.”

One of those sponsors is the Latasha Norman Center for Counseling and Psychological Services on the JSU campus. The center is named for a 20-year-old JSU student who was murdered in 2007 by an ex-boyfriend. Her family will be attending the production, Henderson said.

The other major donors are the Chris Cook (a JSU alumnus) Foundation, the Jackson State University Division of Student Life and the Southern Institute for Mental Health Advocacy Research and Training.

In the role of Celie is Jackson State alumna Deja Abdul-Haqq, environmental and policy change program manager for My Brother’s Keeper.

Proceeds from the production will go to establish an endowment fund to provide scholarships in the JSU theatre department.