The date was Jan. 27, 2012, around 5:30 p.m., two hours before tipoff between the Miami Heat and New York Knicks. That’s when Jeremy Lin met with the Heat’s chaplain inside the bowels of American Airlines Arena. They prayed together that Lin would stay with the Knicks, who were considering releasing him in just a couple of days.
Well, we all know what happened next: Linsanity.
But what many people don’t know is that Lin, who’s a devout Christian, is still searching for answers — nine months since his coming-out party — because he hasn’t yet adjusted to all of the global attention.

[/box_light]
Lecrae, whom Lin calls his favorite rapper, found that out firsthand when the two of them met about three weeks ago after one of the rapper’s shows in Houston, where the point guard is now living.
“What Jeremy talked to me about was just the reality of everyone kind of pulling at him, and a lot of people expecting him to make decisions that would please them,” Lecrae told ESPN Playbook earlier this week. “He’s kind of a reserved kid, a reserved young man, and it’s not really his demeanor to be all in the mix like that, and to be pulled every which way.
“He was talking about that struggle and that wrestle, and I’m a firm believer in God. That’s one of the things I was encouraging him, which I do with my music as well. I’m a firm believer that God has the answer, and God will provide the solution that you ultimately need. I just told him to stay connected to him in every which way. That’s kind of what we talked about.”
It turns out that Lecrae, who specializes in Christian hip-hop and recently dropped his sixth studio album, “Gravity,” is highly sought after by players around the league — and even team chaplains — for his prayer sessions. Lecrae either does them at the arena or stadium or the visiting team’s hotel, typically starting two hours before the game and lasting 45 minutes.
They’re usually scheduled when Lecrae is in a certain city performing, or when there’s a game featuring a team with whom he has a good relationship. Since initiating his chapel services last year, free of charge, he’s developed relationships with Team USA men’s basketball and the Kings and Timberwolves in the NBA; the Giants, Falcons and Buccaneers in the NFL; and the Yankees, Braves, White Sox and Diamondbacks in MLB. His next chapel service is on Dec. 16 with the Giants in Atlanta, where they play the Falcons.

While taking a break from his current nationwide “Unashamed Tour 2012: Come Alive,” Lecrae spoke with ESPN Playbook about his spiritually driven hip-hop, how he helps the pros and his own sports interests.
So I hear you have a special connection with a lot of athletes because of the unique messages in your music.
Yeah, everywhere I go — different states, different cities. In Pittsburgh recently, we got to hang out with Andrew McCutchen and some of the Pirates. In Chicago, some of the Cubs came out. We hung out with some of the Cardinals when we get to Arizona, so it’s been good, man. Professional athletes are showing a lot of support, and I’m really honored.
Why do you think they relate so much to your songs?
I think a lot of players have foundations in their faith, and they really see that permeate in every other aspect of their lives. Music is just one of the areas, and I think a lot of guys love hip-hop or rap music, but they tend to not have hip-hop or rap music that kind of co-signs their views on life. So I think that’s kind of what I provide them. Also, I just like to get guys amped up before games as well. Myself being athletically inclined, I like to have music that pumps me up, too.

When did you first start developing relationships in sports?
I did a concert at a sports camp in Missouri [in 2003] and it was for a lot of inner-city kids, and I think there I started developing relationships with a lot of college athletes. Over time, some of them have gone on to play in the leagues, and we’ve kept in touch. And then on top of that, they’ve just been spreading the word, and I think a lot of guys love being able to give their teammates some music that will inspire them.

Which athletes are you closest with today?

Bubba Watson and I are pretty close. We hang out from time to time, and he comes to Atlanta, where I live, and I go out to Phoenix, where he lives. Dwight Howard and I are buddies, Justin Forsett who plays for the Houston Texans, Anthony Tolliver who’s now on the Hawks — there are a lot of guys. Nolan Smith from the Trail Blazers. They’re just buddies, man. It’s just friends. We enjoy athletics, we enjoy hip-hop and we have similar backgrounds, similar stories. 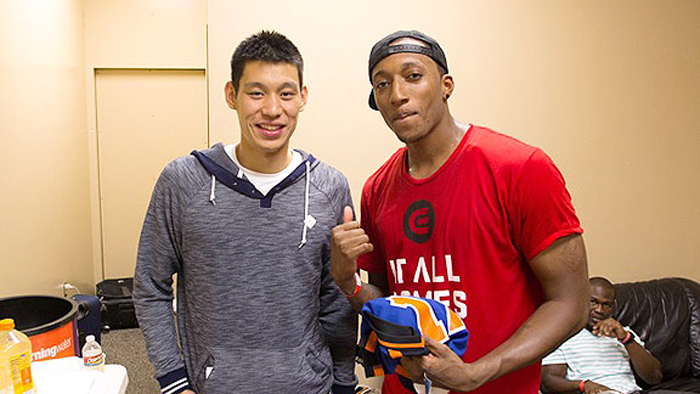 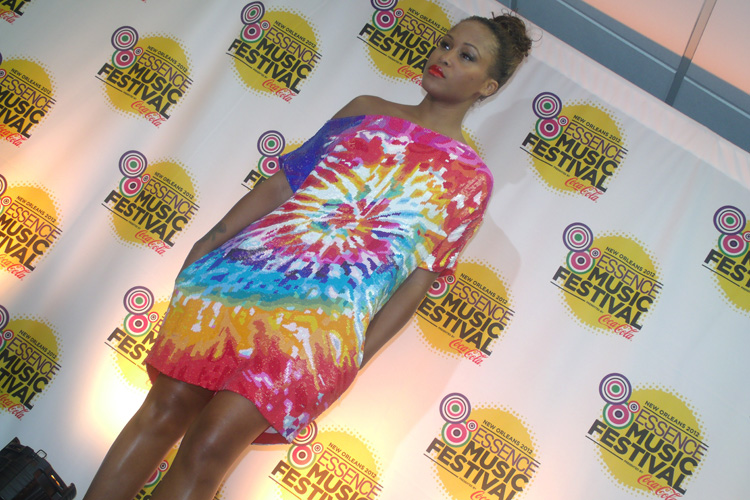 We caught up with rapper Eve back in July at the Essence Music Festival. Check out what she has to say about new music and overcoming […]
Do you like it?0
0 Read more