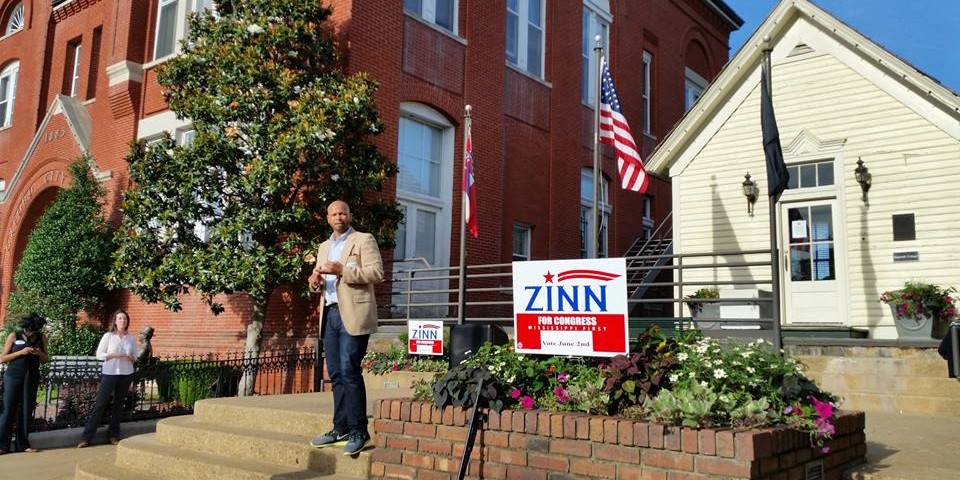 In most instances, being first carries a sense of accomplishments. Unfortunately for Mississippi, being in the top five for teen pregnancy, fattest state in the country, top in unemployment and failing education and healthcare systems, being number one isn’t something to brag about.

But Walter Zinn, a 34-year-old attorney from Pontotoc believes that citizens of Mississippi and especially those in District 1 are ready for a change and want representation who not only understands the real issues they face, but can provide real solutions.

“The truth of the matter is that Mississippi has been struggling for a very long time. Mississippi has been at the bottom for a very long time and it is true,” Zinn shared with a small crowd of supporters at a recent fundraiser. “There are people who are sick and tired of it and they are happy to hear that there is someone who can not just identify the problems, but talk about practical solutions.”

Zinn, a political consultant and attorney, is in the June 2 runoff against Republican Trent Kelly for the 1st Congressional District seat that was left vacant by the untimely death of  U.S. Representative Alan Nunlee. District 1 has typically voted Republican, but Zinn is optimistic.

“I’ve had people who have come up to me and said ‘I typically vote Republican, but you have my vote’. I think that’s a clear indication that people want more than political rhetoric. They want real solutions.”

Zinn served as senior policy adviser to Mayors Harvey Johnson, Jr. and Chokwe Lumumba were he oversaw the legislative agenda for the City of Jackson. He also played an important role in the success of the one percent cent sales tax vote.

Running on the platform “Mississippi First”, Zinn says getting to the root of the problems is the only way to move the state forward. 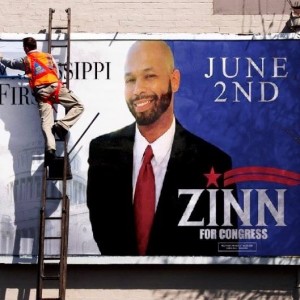 Walter Zinn is in the June 2nd runoff to represent the 1st Congressional District.

Savvy: On your website there’s a familiar quote from William Faulkner— “To understand the world, you must first understand a place like Mississippi.” In your opinion what is it that people must understand about our state?

Zinn: Mississippi is a great teacher of perseverance amidst some of the most oppressive and tyrannical circumstances in American and world history. Much of the information shared of slavery, genocide, terrorism, capitalism and usury around the world can be found in the history and mystery of Mississippi.  While these things seem apparent, given the typical narrative of Mississippi, there must also be major homage paid to the world renown talent born here. It is the pressure of history and circumstance, faith, and the heat and mosquitos that are the necessary elements to produce the birthplace of American talent.

Savvy: Mississippi has given young African American professionals such as yourself many reasons to leave, however, you and so many like you choose to stay. Why?

Zinn: I love Mississippi. Mississippi actually has given me more reasons to stay than to leave.

Savvy: Your campaign’s theme is Mississippi First. Explain the meaning behind this concept?

Zinn: Our campaign “Mississippi First” means an experience and a multi-dimensional approach to resolving the pressing issues of our district and the entire state of Mississippi in order to create a more healthy, vibrant and sustainable quality of life here. This goal can only be attained by comprehensively addressing our issues which requires (1) commitment to education, talent retention and workforce development; (2) and a healthier workforce, along with the shift to healthier retirees.

Savvy: What are some of the tough issues facing your district and how do you plan to remedy those problems if elected?

Zinn: Some of the tough issues that are being addressed via my campaign are access to healthcare, education, jobs, and equal pay for women.  Access to healthcare is a real problem in this district because we have some rural areas that have to drive dangerous miles just to get to a clinic for service. Also, in some of these areas, our rural hospitals are facing the reality of closing their doors due to this administration not expanding Medicaid within the state. We have to start having real conversations about healthcare with REAL solutions. All of this talk about repealing and destroying Obamacare is self-defeating and is not dealing with the real access issues facing those in the 1st Congressional District.

Savvy: Some Mississippians may feel that since this isn’t a race taking place in their district, it’s of no concern to them. Why should every Mississippian pay close attention to what’s going on with the special election in District 1?

On the other hand, if those individuals care for an advocate in Washington D.C. who has experience in working with state and federal agencies, federal funding policy and how it works at the local level, then I would look to have their support as well.

For more information, to volunteer or donate visit www.walterhowardzinn.com.