Not Afraid To Be Different

Rocking The Runway For A Good Cause

Are There Really 24 Hours In A Day?

Not Afraid To Be Different 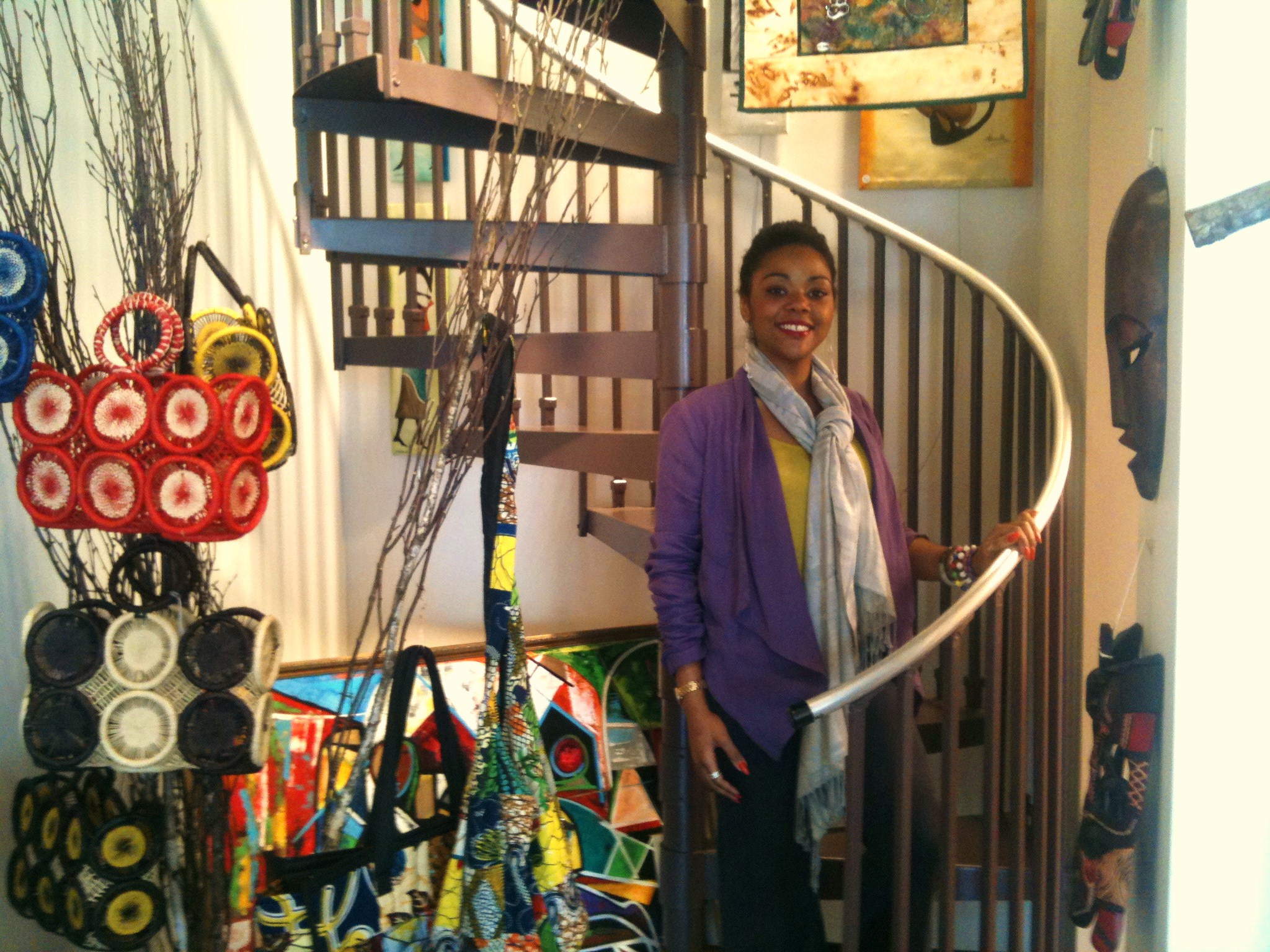 Kimberly Jacobs has a passion for life that is contagious. Just sit down and talk with her for five minutes and you too will be caught up in her zeal.

It’s that same passion that allows Jacobs to move forward in life with no fear. “Where faith exists, there can’t be any fear.” Those aren’t words that Jacobs recites to sound philosophical and deep, but she truly believes and lives by them.

So when the opportunity presented itself for Jacobs to be the curator for a soon to open art gallery, without fear nor hesitation she jumped at the opportunity.  gallery 1 opened August  30th  at One University Place, one of the newest mix-use developments located in West Jackson. Amongst the drove of hundreds of people that attended the grand opening were public figures such as Jackson State University’s President Carolyn W. Meyers and Mayor Harvey Johnson, Jr.

“Nothing comes without hard work and faith,” she says. “God has opened up a lot of doors for me.”

The opening of gallery1 is a great indication of Jackson’s evolving art community. When people say Jackson doesn’t have an art scene, Jacobs tells them, “Look for it and open up your mind.” The city’s art landscape, she says, is “interesting” and “diverse.”

“Art is in everything,” Jacobs says. “Case in point, fashion lead me to the love of art.”

While she has learned a few tricks of the trade on her own, the Jackson native says her business sense comes from paying attention to mentors like Pamela Junior.

“Kimberly is one of the best,” says Junior, manager of Smith Robertson Museum and Cultural Center in Jackson. “Kimberly is an eagle, and eagles fly.”

Jacobs has a natural flair for art, but that didn’t stop her from earning a bachelor’s degree in fine arts from Jackson State  in 2009.

Kimberly Jacobs' love for fashion is what lead to her career in art.

She also studied at an art gallery at the University of Nevada—Las Vegas as a participant in the University’s National Student Exchange Program. Upon her return to Jackson, the eaglet’s continuous drive landed her jobs at the Mississippi Museum of Art and The Art Center of Mississippi.

As curator of gallery 1, making sure that diversity and cultural expression is showcased is of the utmost importance to Jacobs.

The gallery’s current offerings include pieces from painters Ormond White of Canton, Eric Jones of Vicksburg and Ted Ellis of Houston, Texas; fine artist/graphic designer Lonnie Robinson of Jackson; homemade baskets and paintings from the ladies of Uganda and specialty items from Mississippi Craftsman Skill.

Jacobs believes that gallery 1 is a part of Jackson’s renaissance, and she the city will reach its full potential in five years.

Among other projects Jacobs is working on are Figment Jackson, a forum of participatory and interactive art by emerging artists that debuted in May, and the Committee for Public Art. That is all in addition to the time she donates to projects with the Junior League of Jackson and her church, Word of Life in Flowood.

The fearless curator advises everyone to “don’t be afraid to be different and enjoy your savvy.”