Five Questions Men Should Ask Themselves Before Having Sex 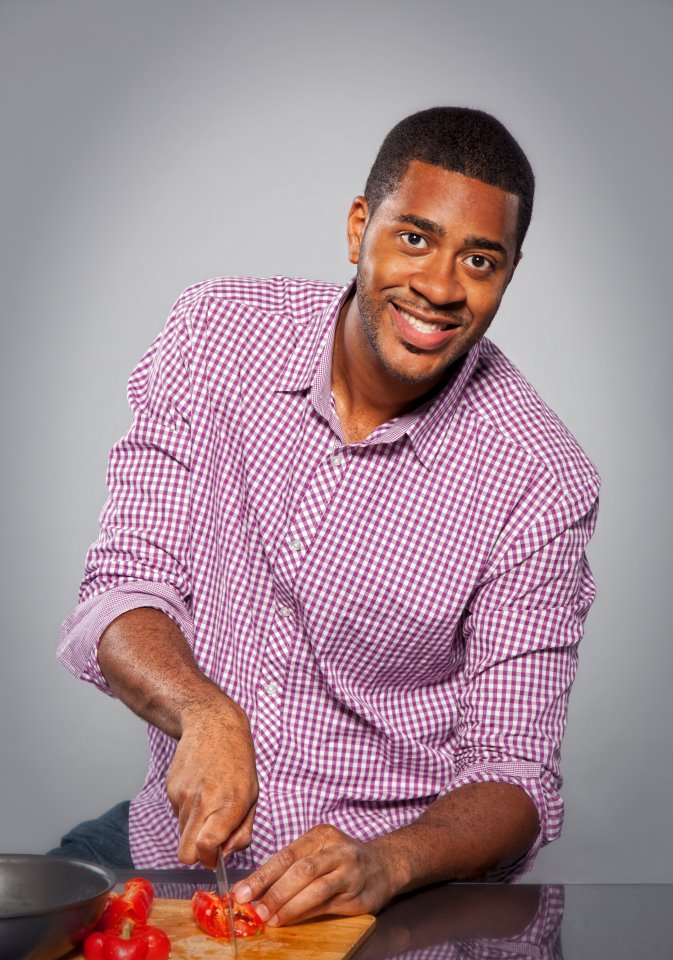 The first time Josh Marks attempted to cook hotdogs, he burnt them to a crisp. Granted that he was a young boy living in Chicago at the time, but that experience was enough to make him say, “I don’t know if this cooking thing is for me.”

After moving to Mississippi to attend Tougaloo College where the 7- footer was awarded a basketball scholarship, Marks begin to cook to survive.

“I was cooking hotdogs, noodles, hamburgers…stuff like that. It was probably about five years ago after I got my first apartment that I started really cooking and I felt like I started getting good at it. Over the last five years I’ve grinded to get to where I am right now.”

Where Marks is right now is one of the top 13 contestants on FOX network’s MasterChef. On MasterChef, amateur chefs compete for a cookbook deal and a $250,000 grand prize.

“I don’t watch much TV and the only other thing that I watch is sports. Besides that I started watching the cooking network. Then I realized I could do that too. I started manipulating different recipes I saw TV chefs do, as well as work on recipes that were familiar to me like my mom’s chili, my aunt’s Etouffee, or my dad’s curry. Some of the skills I learned from working on those dishes helped me to prepare myself to work on other things as well.”

With only minutes to spare before the closing of the auditions, Marks beat out 30,000 contestants to be selected for the show that is now in it’s third season. Each week the 24-year-old’s skills are put to the test and critiqued by a tough panel of judges that include restaurateur and celebrity chef Gordon Ramsay, star of “Hell’s Kitchen” and “Kitchen Nightmares” television shows, Joe Bastianich and Graham Elliot.

“For the audition day Joe came and gave me a mean, stern look and I wasn’t intimidated at all. I had already gotten a great review from Gordon, so I just smiled and waited for my apron. They don’t intimidate me one bit.”

MasterChef is not without its share of drama and alliances that are associated with reality shows, after all ratings are important to the show’s success. However, Marks’ focus is on winning.

“ I don’t see this as a reality show. It’s a cooking competition, but the emotions and drama that you see are real. I maintain focused on the food. I’m not worried about the cameras, producers, judges or anything behind the scene or the other contestants. The food is what is keeping me focused in the competition.”

Mississippians have had great success on MasterChef. If Marks wins he will share the title with fellow Mississippian Whitney Miller, winner of MasterChef season one.

“I feel like a lot of people are rooting for me. They would love to see the MasterChef title brought back to Mississippi.”