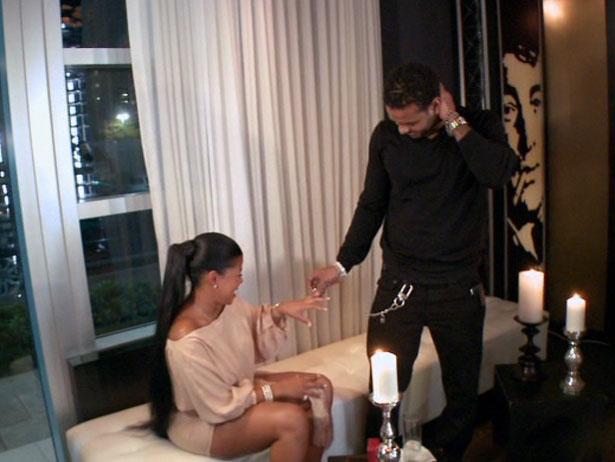 Do you take this man/woman to be your lawfully wedded husband/wife, to love and cherish him/her? In sickness and in health? For better or for worse? For compatible or incompatibility? While knowing that there may be someone out there who has the potential to make you happier, will you allow obligation to supersede love, until death do you part?

Okay, so the vows may not read in that manner verbatim, but don’t you think that people should fully assess the situation and read the fine print too?

Monogamist relationships and marriages have become less about the richness of love and more about one’s moral duty as if they are indebted to a relationship. According to an article written by The Institute for American Values, two-thirds of unhappily married spouses who stayed married reported that their marriages were happy five years later. The marriages that were the unhappiest reported the most dramatic turnarounds.

Among those who rated their marriages as very unhappy, almost eight out of 10 who avoided divorce were happily married five years later.  Can you imagine being unhappily attached to someone for five years of your life?

If you think that’s mind-blowing, read on as everyday people, who have chosen not to disclose their identities, open up about the truth behind their “I do” or “I did” or “I tried.” 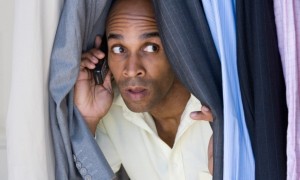 Samuel Lee admits to cheating on his first wife even though he loved her.

“I love my wife, but I’m in love with my ex-wife,” says 38-year-old Samuel Lee. Meeting his former wife at a fast food joint, Lee vividly recalled the breath-taking moment he laid eyes on his future ex-wife.

“When our eyes met it was like I experienced the sparks and everything they say happens on television and I had to literally remind myself to breath.”

After mustering up the confidence to tell her how beautiful she was, Lee and the breath-taking beauty exchanged numbers and soon after went on their first date which led them into captivating conversation on the floor of her apartment talking through the wee hours of the night into the earlier morning. The two dated six months to a year before marrying.

“Being married to her was the happiest and most difficult time in my life,” admitted Lee.

Lee described his ex-wife as the perfect mate married to an imperfect man. He struggled with trying to make her as happy as she made him. He knew he couldn’t be a good man and his cheating ways were hurting her.  Lee’s infidelity not only cost him his marriage, but it eventually forced him to making what he notes as “the worst decision” of his life.

Only 18 months after being married, the two divorced, but remain friends to date. Fast forward several years later and Lee finds himself in another marriage where he admits he stays due to a sense of duty.

“I do for my wife, I do not disrespect her, I take care of her, but I do this out of obligation …not love.”

I’m Too Invested and I’m Pregnant So… I Do

Unlike Lee, Lisa Faye Reynolds didn’t quite make the mistake of jumping the broom to soon, but she came very close. Meeting a semi pro- baseball player outside of a nightclub, Reynolds was wooed by his charm and willingness to treat her like a queen.

“He took care of me in the sense of doing things for me, it wasn’t always monetary.”  Gift giving and time spent made the relationship seemed too good to be true, until Reynolds’ boyfriend possessive attitude kicked in.

“He was not my father, he was suppose to be someone I was dating and so we began to argue a lot more than we got along.” Even with his controlling spirit and domineering ways, Reynolds kept fighting for her relationship until the two reached a make-it or break-it point.

“When I found out I was pregnant, a woman called and told me she was pregnant with twins.”  Reynolds boyfriend constantly denied all allegations and the phone calls not only continued to her cell phone, but the other woman also called Reynolds’ parents home.

The decision to have the child was a challenging one, but Reynolds beliefs would not allow her to be irresponsible. “He wanted me to have an abortion and I didn’t want to, but the stress was so much on me that I ended up have a miscarriage.”

The couple immediately ended and reunited years later when he invited her to visit him in Memphis. The entire commute there Reynolds prayed and asked God for clarity.

“God if this is not the man for me I want you to remove him from my life completely,” she prayed.  After a “sincere” apology and hours of conversation, Reynolds took her estranged boyfriend back. However, the reunion would be short lived.

“There was a knock on the door and he told me to pretend I was his cousin’s girlfriend…I just said THANK YOU LORD!” Receiving her confirmation at that moment, the other woman who was pregnant with twins years ago unexpectedly appeared. She and Reynolds had never met, therefore she had no idea that Reynolds was once the girlfriend that she had harassed.

The next morning, Reynolds packed her things and left, only to reunite with her former lover years later and he asked for her hand in marriage.

“I realized no matter how much I loved him, we were not good for each other.” With that resounding revelation Reynolds declined the proposal.